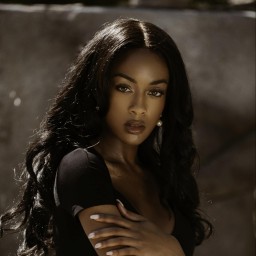 Are you seeking ways to learn the dynamics of divine masculine energy? Understanding masculinity as a woman grants you access to your rational mind and bridges the gap between imagination and material. Discover methods for taking action in your life, channeling yang energy, and preventing yang blocks.

What is Masculine Energy?

As stated in King, Warrior, Magician, Lover: Rediscovering the Archetypes of the Mature Masculine by Robert Moore and Doug Gillette, the mature masculine empowered energy. Yang is the energy that harnesses willpower, manifests tangible concepts, and works in tandem with the conscious mind. By understanding the mature masculine, we bring our ideas to fruition and harmonize with the divine feminine.

On the other end, femininity, or yin energy, is the subconscious mind, imagination, and accession of vitality. I like to describe yin energy as the bank of creativity where the yang cashes the check, bringing a concept to realization. This dynamic allows yin and yang energy to work in complement with one another.

Unlike feminine energy, masculine energy exists in the form of action. It's unambiguous and provides stability.

Masculinity is rooted in mastery, activation, and groundedness. There is less nuance to the masculine, which makes it uncomplicated by nature.

Yang is the light side of the recognizable symbol. This portion represents everything warm, dry, masculine, positive, and soft. In juxtaposition, yin is the light side, which symbolizes cold, wet, feminine, negative, and hard. Both halves seek a balance between each other and contain a little bit of each other within one another.

The Importance of Masculine (Yang) Energy

The significance of masculine energy is that it helps us see our desires through, achieve stability, have a rational mind, and harness self-discipline for satisfaction and success. As Jean Shinoda Bolen beautifully stated in Gods in Everyman, masculinity is not conforming to the patriarchy. The mature masculine is the integration of order, integrity, and purpose. When we understand the dynamic of yang energy, we witness a high-vibrational frequency that analyzes, initiates, and sees matters through.

Although masculine, or yang, energy is mostly attributed to men, some women are more yang-dominant by nature, as exhibited through their physical characteristics and frequency level. The key is to learn whether you are yin-dominant or yang-dominant and adjust your lifestyle accordingly. There is no right or wrong way to be!

The immature masculine is fragmented, fearful of the mature masculine, and overwhelmed by feminine energy. Individuals who succumb to the conformities of the patriarchy have failed to undergo the ritualistic transition from childhood to adulthood. The masculine and feminine need to practice and pass down these rituals, most of which serve as a rite of passage for the next phase of life. Women can implement feminine rituals daily to maintain a balanced life.

Left-brain dominant types lean toward more rational thinking and aren't as dictated by their feelings. They thrive better in situations that require intelligence acquired by skill and methodology rather than emotions and socialization.

Yang-dominant individuals experience more stability than most. They value a firm foundation to build upon to develop clarity, peace of mind and make their next move without focusing on too many things at once.

Mastery is generally the end goal for those who possess more masculine energy. As stated in Robert Greene's Mastery, the time that leads to mastery is dependent on your focus. When you're in a state of masculine energy, you obtain tunnel vision and focus on mastering a single thing.

Strategy is the analytical approach or plan of action that comes easiest to individuals with yang-dominant characteristics. Strategic planning opens up the opportunity to birth new ideas, gain clarity, and increase momentum. The Art of War by Sun Tzu is a classic, ubiquitous book for everyone to learn how to strategize and create a plan of action.

Unlike feminine energy, masculine energy is in the frequency of giving. When we are in the mode of giving, we're putting forth an action (yang) and are subject to a reaction (yin). Everything is an exchange, and we experience life in varying degrees, in agreement with the Principle of Polarity.

For example, visualize an outlet and a plug to a device. By plugging the device into an outlet, we're committing an action that produces a reaction, subsequently getting the device to operate. Much like this device, when we're of service to others, we experience a response that helps advance the circumstances in beneficial ways.

Yang's energy is direct and abrupt, which aligns with masculine communication styles. Concise communication is a very telling trait when understanding masculine energy. Yin-dominant people tend to drag out a story, including many unrelated details to illustrate emotions and intangible aspects. Yang-dominant individuals get to the point of the story and don't waste much time explaining how it made them feel.

Confidence and self-acceptance are cornerstones for masculine, and even feminine, energy. However, acceptance looks different in yang-dominant individuals than yin-dominant individuals. It is fearless, solid, and resilient by nature. I would describe it as akin to a rock––reliable, and more effortlessly accepting the situation as it is, only working toward solutions.

As mentioned prior, under the section of mastery, a clear focus is the relentless determination of masculine energy. This trait is sticking to one goal and directing the actions that facilitate mastering the goal. Focus requires a lot of self-discipline because life is full of distractions, which is why yang-dominant individuals focus better when they're managing one task at a time.

Being active is beneficial for everyone––whether you are yin or yang-dominant. However, masculine energy is constantly moving, so yang-dominant individuals fare better when they're doing something. They have to keep busy, so it is best to find productive ways to exert their energy correctly.

Masculine energy has a heightened sense of awareness, which is basic instinct at its finest. As I mentioned in the previous text, masculine energy is the conscious state of mind while feminine energy is the subconscious. Awareness is the act of discerning yourself and the world around you. As you enter each level of human consciousness, you gain a better understanding of existence through various perceptions.

Integrity and having strong moral principles are paramount for masculine energy. This trait makes yang energy so reliable and rational. Yang-dominant individuals recognize the benefits of structure and having a moral code because it consists of tangible guidelines. You either go by it or don't, leaving little room for grey areas regarding masculine energy.

11 Traits of Masculine (Yang) Energy – What to Avoid

Narcissistic behavior is a massive blockage for yang energy, whether the behavior is in your direction or you're the one directing it. Narcissists are manipulative and conniving, which are anti traits of masculine energy.

Although yang energy is assertive, it isn't aggressive or violent. Mature masculine energy operates through reason, while immature masculine energy operates through brutality. Consider the Greek god Ares. He represents the rampant physical and damaging aspect of war without strategy or intelligence. Avoid aggressive behavior to refrain from blocking yang energy.

In boy psychology, avoidance is a prominent trait of the dark archetypal Weakling Prince. The Weakling Prince ignores their problems, takes little initiative, has no enthusiasm, and looks to the world around them to dictate their direction. Similarly, escapism is a trait to avoid when looking to unblock masculine energy flow.

A shaky foundation is nowhere for masculine energy to thrive. It's difficult for yang-dominant individuals to focus on moving forward when they are too preoccupied with their base collapsing. Promoting habits for a stable environment will help keep yang energy strong.

Suppressing emotions is a trait that is common for both unhealed yin-dominant individuals and yang-dominant individuals. This assumption is because we live in a society that tells us how we're supposed to feel about things based on our roles. Our cultures also value specific traits for each position over others. Consequently, we begin to suppress the ones we deem undesirable regardless of who we are at our core.

This act of suppression leads to undesirable outcomes and stunted processing of emotions. Shadow work is a perfect method to acknowledge our subdued feelings and deal with them to reach our full potential.

Greed is the opposite of a giving spirit and thus should be avoided for yang-dominant types. If you find yourself getting in the habit of being greedy, you're most likely suffering from a lack mindset. Shifting your thoughts to welcoming an abundance mindset will ensure that you evade this pitfall for masculine energy.

Being overly critical is typically beyond rationale because nobody is perfect. Instead of accepting things for what they are and doing what is necessary to improve, overly-critical types will harp everything wrong with little acceptance of self and others.

The trait of cruelty blocks masculine energy because it shows little humanity and regard for living creatures. Malicious punishment goes against the idea of integrity and an upright moral code. Instead of giving into resentment and bitter feelings, yang-dominant individuals fare better when showing humanity and understanding.

Although manipulative behavior is a symptom of narcissism, you don't have to be narcissistic to be manipulative. Manipulation is the absence of strategy and shows that you lack the confidence or tact to ethically persuade a person to see a situation from your perspective. Instead of falling into manipulative patterns, develop better strategies in your daily life, relationships, career, and the like.

Making a decision and sticking to it is an ideal masculine trait, so indecisiveness works against that by canceling yang energy's strength. According to Katie Pulsifer, Director of the Life Coach School, uncertainty leads to procrastination, self-doubt, and distraction. In turn, indecision drains the energy that you need to push forward and maintain successful goals.

Leading with pride is the ultimate blockage for masculine energy because it cripples your ability to communicate and see your shortcomings. Pride is the origin of arrogance (not to be confused with authentic confidence) and can do more harm than good. Of course, there are positives to maintaining some sense of pride, but letting it rule your decision-making is unwise.

Understanding masculine energy is a journey and can help you improve your view of relationships, goals, style and enhance your skillset. Tapping into your yang is becoming more conscious, but it's also crucial to avoid habits that can block this energy as well. The impressive aspect of masculinity is that it is reliable energy that operates through tangibility. It is precise, stable, and masterful. There is a constant will to keep moving forward and take action.

Arryana Tate is an image consultant and lifestyle strategist based in Scottsdale, Arizona. She empowers women to refine their image, mindset, and lifestyle through connecting with their best, most authentic selves.

The Sacred Art of Feminine Rituals

A Luxe Girl’s Guide to Being a Magnetic Woman

Sign up to the Newsletter to Become a Luxe Girl Insider!

Discover Your Signature Style Archetype® and Transform Your Image Today

Please log in again. The login page will open in a new tab. After logging in you can close it and return to this page.